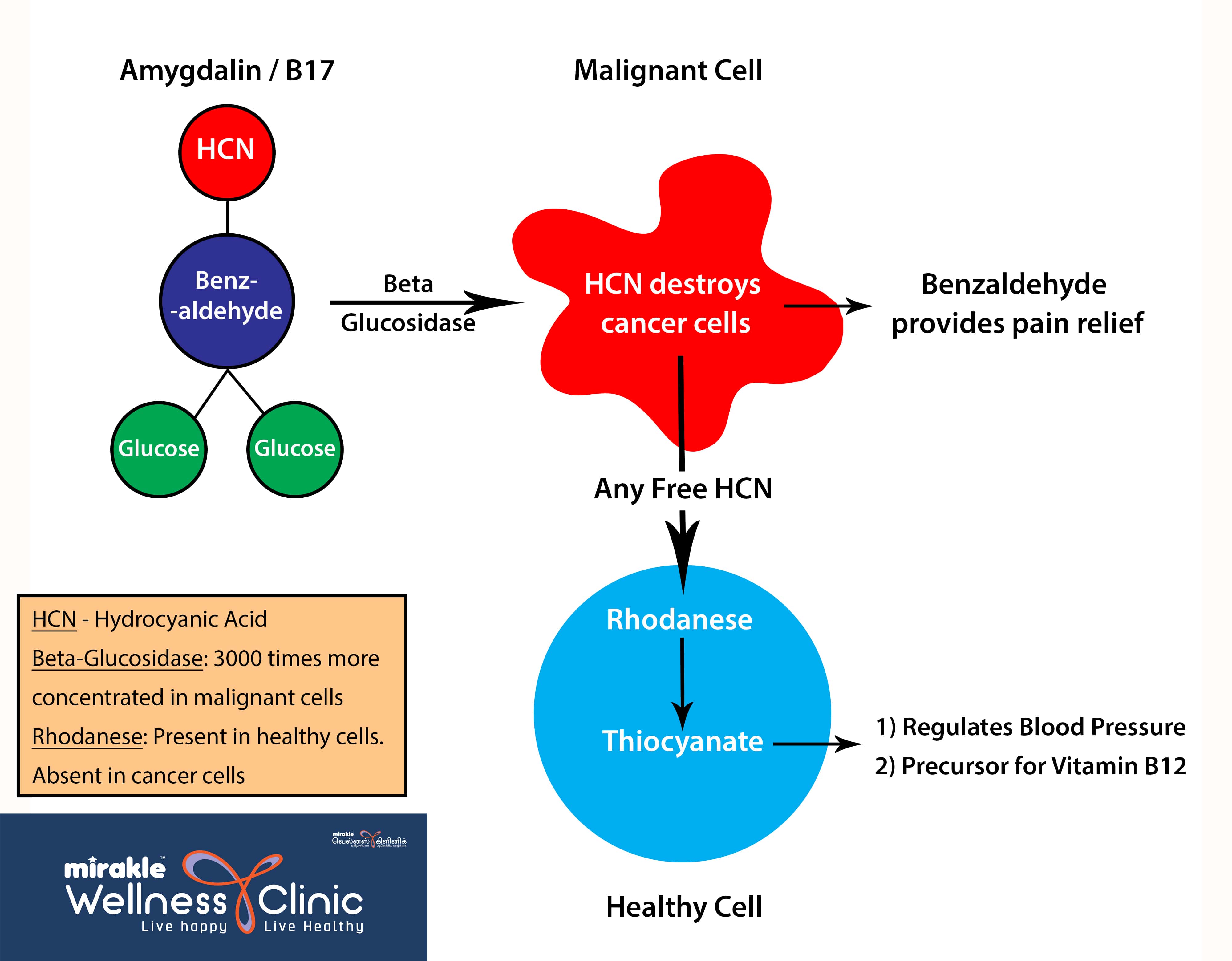 B17 or Amygdalin is a cyanogenic glycoside mainly present in the seeds of fruits like apricots, apples, plums, etc and in bitter almonds. It was a popular alternative cancer therapy in America till it was banned in 1977 with false claims of toxicity. Currently, it is legal in 27 states all over America.

It is currently widely used in Mexico, South Asia and in some European countries as a complementary cancer treatment.

How does Amygdalin work?

Amygdalin is a compound made of four molecules – hydrocyanic acid (HCN), benzaldehyde and 2 molecules of glucose.

When Amygdalin enters the cancer cells, it is broken down into its constituent molecules by the action of the enzyme beta-glucosidase. Cancer cells contain 3000 times more beta-glucosidase when compared to normal cells. The released hydrocyanic acid (HCN), being toxic, kills the cancer cells. Healthy cells are protected from HCN as they contain the enzyme Rhodanese which converts toxic HCN into non-toxic Thiocyanate. Thiocyanate is involved in various normal metabolic processes in the human body (precursor for Vitamin B12, regulation of blood pressure). Rhodanese enzyme is absent in cancer cells and hence they cannot protect themselves from HCN.

The benzaldehyde which is released provides relief from pain as it is a potent analgesic.

Toxicity studies have proven time and again that patients experience no side effects from IV Amygdalin. It is safely eliminated in the urine within a few hours after infusion.

With oral B17, sticking to the dose recommended by a trained Physician will bring about nothing but benefits for the patient.